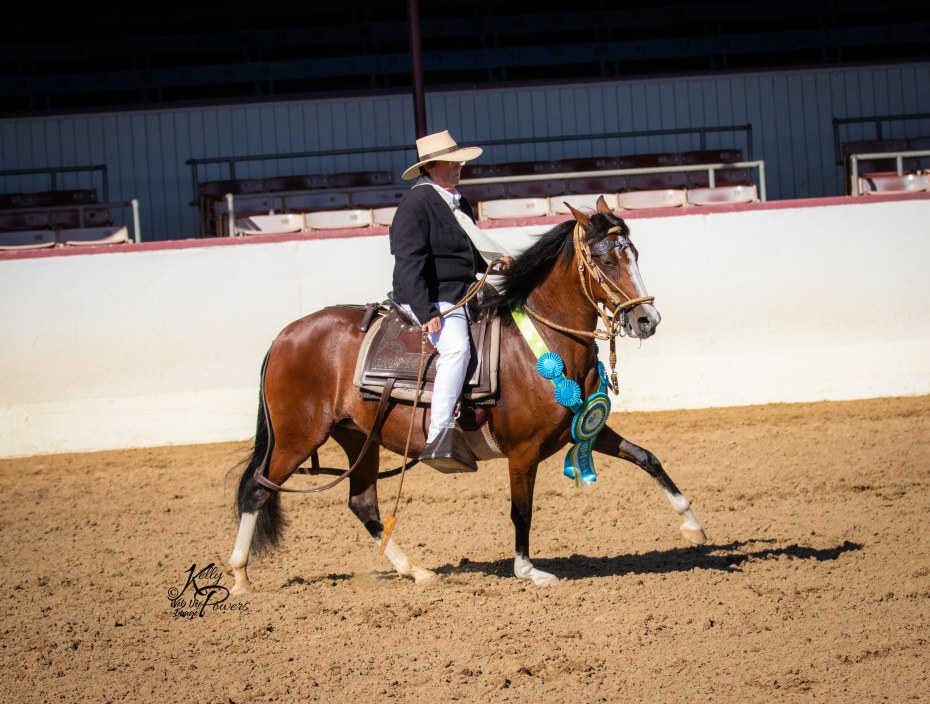 GG Primicia has brought us so much pleasure.  She is so consistent in her gait, is smooth as glass, and has the greatest of dispositions.  As a bozal horse she was at the top and was 4 times Champion Bozal Horse and 3 times Reserve Champion Bozal Horse. To our surprise she showed us her ability as a Performance mare. So far she has achieved 2 X Reserve Champion Breeding Mare; 8 X Champion Amateur Performance Mare; 4 X Champion Performance Mare. She was awarded the 2016 Medallion De Oro Lifetime Achievement Award at the 2017 U. S. Nationals.

In 2012, she began her saddle work. At the Los Amigos Show she was Best Bozal Horse of Show. Bailarina was selected by the Judge for the award of the “Premio del Futuro de la Raza”, for the best presentation of the future of the breed. She is now providing us with foals and her offspring will be hitting the show arena in 2019

A son of the multi Champion of Champions Breeding Stallion MLM Mercedes, DJG Retorno is following the long line of champions in his pedigree. He is very smooth and consistent in his gait.

Like his full sister, DJG Mirasol, he has a good show career in front of him. He has taken to the show ring really well for such a young horse. We are looking forward to a successful show and breeding career with this gorgeous young stallion! 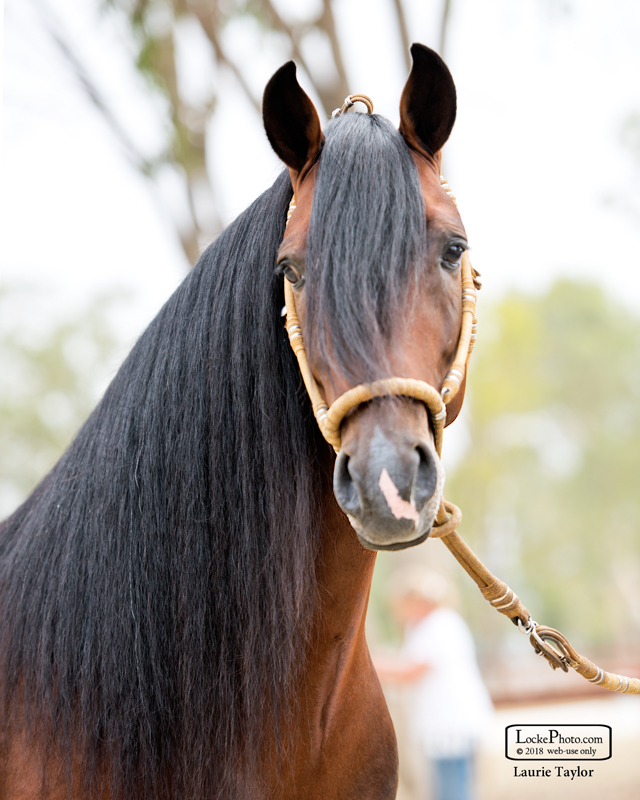 MLM Turqueza has done so well. This is a beautiful filly with an effortless movement. She took the show ring experience with a lot of grace and style. So far she was 4 X Best Bozal Horse of Show, and was selected by the Judge for the award of the “Premio del Futuro de la Raza”, for the best presentation of the future of the breed.

MLM Maracuya is a terrific mare with great conformation. She seems to get better and better as she works. Her first show was the U.S. Nationals for 2016. She was the Champion Jr. Horse of Show. For 2017 she was the Best Bozal of Show at Mission Trails and then Reserve Champion Breeding Mare at the SCPPHC Show in Burbank. We are looking forward to the 2019 show season. She is working very consistently